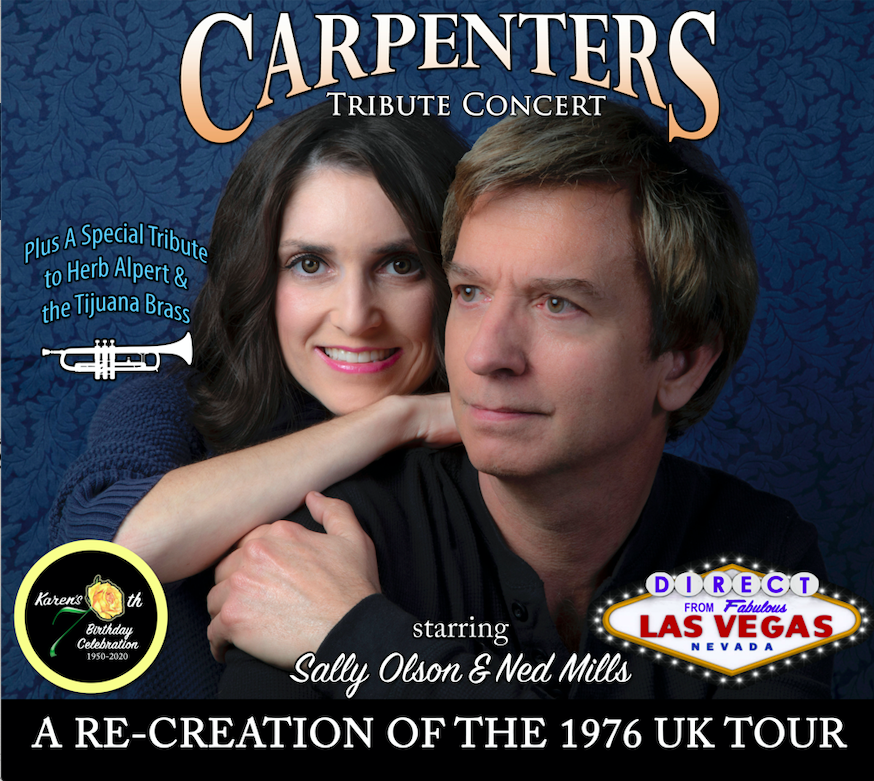 Direct from Las Vegas! Carpenters Tribute Concert:
A Re-creation of the 1976 UK Tour is the definitive show celebrating the music and legacy of the famed brother-sister duo, Karen and Richard Carpenter. Starring Sally Olson and Ned Mills, this live re-creation performance features such hits as “We’ve Only Just Begun”, “Yesterday Once More”, “Superstar” and many more. With spot-on vocals and arrangements backed by a powerful band, this exciting presentation opens with a tribute to Herb Alpert & The Tijuana Brass, and highlights Karen’s drum solo, Richard's classical piano, a Spike Jones parody, comedy antics, historical commentary and classic video footage. Playing to performing arts centers, and cabarets across the country including the famed Triad Theater in NYC, and SOLD OUT venues in Las Vegas, the show was also featured at the Carpenters 50th Anniversary Celebration in Thousand Oaks, California in April 2019. Notably, Miss Olson is the first-ever Karen Carpenter tribute artist to perform with the renowned Legends In Concert, enjoying a recent extended run in Myrtle Beach, South Carolina. Taking audiences on an incredible journey down memory lane, the Carpenters Tribute Concert is the world’s ONLY authentic production in sight and sound. Join us in celebration of Karen Carpenter’s 70th birthday! 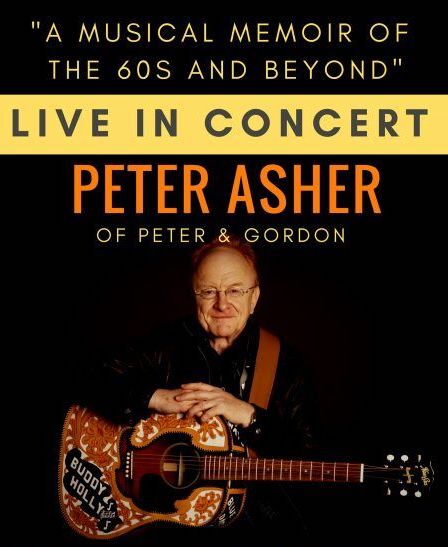 Peter Asher: A Musical Memoir of the 60s and Beyond includes rare film footage and one-of-a-kind photos from Peter’s unique personal archive; all brought to life with a storyteller’s gift that transports audiences back to the heart of the 1960s. Along with the stories of his greatly-missed friend Gordon Waller, Peter reminisces about his friendship with pop icons such as John Lennon, Paul McCartney, Mick Jagger, Marianne Faithful, Carole King, James Taylor, and Linda Ronstadt. With these stories comes wonderful music featuring the songs of Peter & Gordon including I Go to Pieces, True Love Ways, and Lady Godiva as well as Top 40 hits given to Peter by his friend Paul McCartney:World Without Love, Woman, Nobody I Know, and I Don’t Want to See You Again.

Peter’s musical journey also includes producing a 2014 all-star tribute to Elton John’s Goodbye Yellow Brick Road, as well as the Steve Martin-Edie Brickell album Love has Come for You whose title track won a Grammy in 2014 and inspired a Broadway musical. In this intimate evening, Peter will take you behind the curtain of Rock and Roll Hall of Fame induction ceremonies, discuss his much-loved PBS Buddy Holly special, and his work on award-winning motion picture soundtracks.

If you’ve ever wondered what goes on behind the scenes of the music that is still on your playlist, you’ll want to settle back and listen to the man who helped create those wonderful memories.

“…the exuberant Mr. Asher knew anyone who rocked and everyone who mattered.” – Wall Street Journal

A TRIBUTE TO MABEL NORRIS REESE 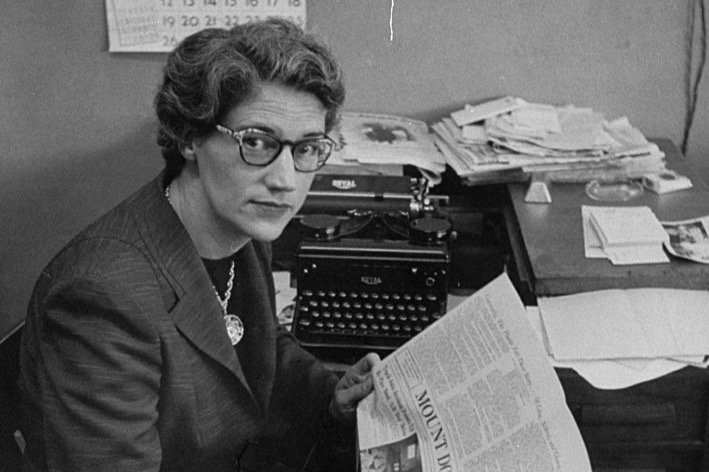 To learn more about Mabel Norris Reese, or to contribute to the tribute fund, visit www.remembermabel.com

Perhaps no other person in Mount Dora's history was as courageous as Mabel Norris Reese who, in the 1950s and early 1960s, was the owner, reporter, and editor of the Mount Dora Topic. Initially, her allegiance to Lake County Sheriff Willis McCall made her newspaper the unofficial newsletter of the much-feared sheriff. But when he murdered Sammy Shepherd and wounded Walter Irvin -- two Army veterans who were among the noted 'Groveland Four' -- Reese realized she had been an unwitting accomplice in his reign of terror...

The remainder of her career would find Reese squaring off against McCall again and again; at risk to her income, her career... and her life. 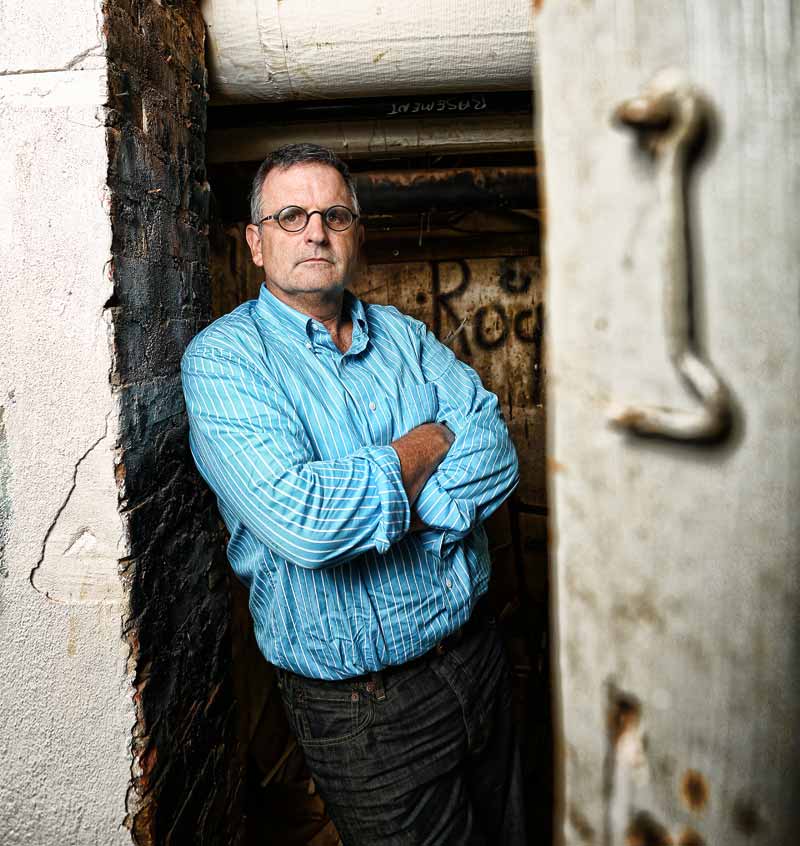 Noted author Gilbert King will discuss his best-selling Lake County-based novels, Devil in the Grove and Beneath a Ruthless Sun.

In a panel conversation moderated by Emmy Award-winning reporter Bob Kealing, King will highlight the legacy of Mabel Norris Reese, the heroic reporter and editor of the Mount Dora Topic.

At this very special event, an audience-participatory Q&A session will be followed by the unveiling of a sculpted portrait of
Mabel Norris Reese by artist Jim McNalis.

A book signing by Mr. King will take place
in the lobby following the event.

About the Artist: Jim McNalis 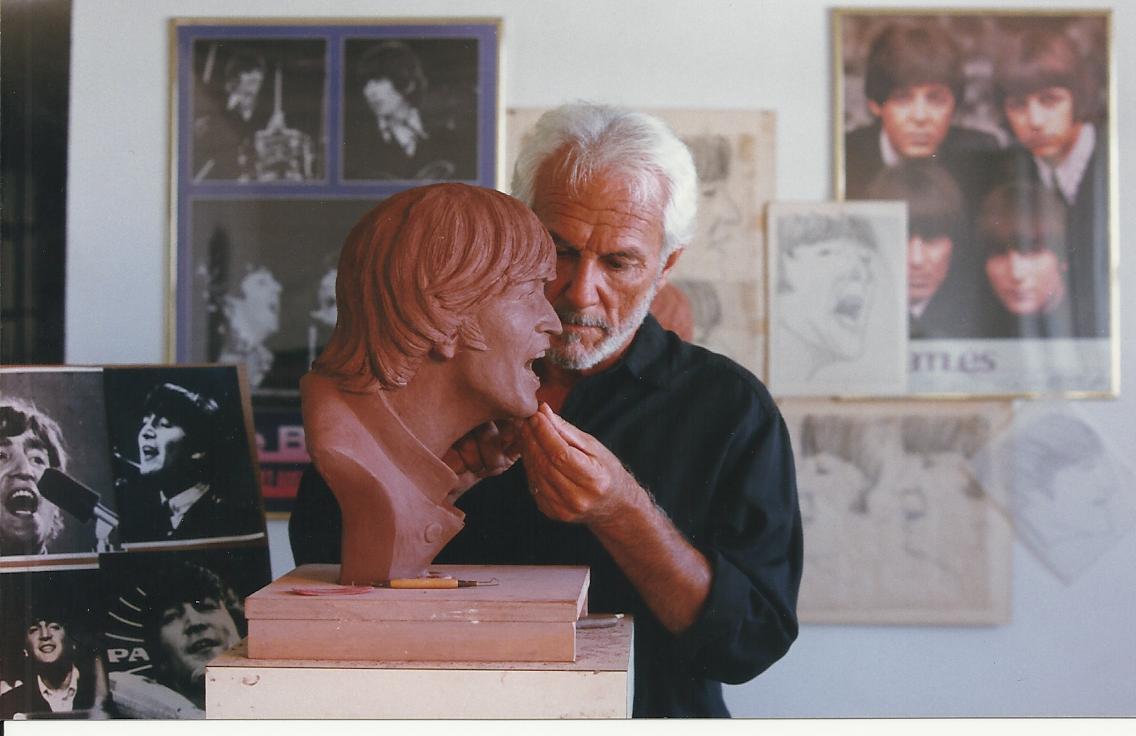 Throughout his life, Jim McNalis has immersed himself in a wide range of visual and performing arts -- as a musician, author, playwright, artist, and sculptor. Following service as a US Navy lieutenant in the Pentagon and Vietnam, he worked in Florida as the Walt Disney Company's Senior Artist, Art Director, and Chief of Design Quality and Development. A self-proclaimed 'travel junkie' McNalis has traveled the world to create large scale sculptures featured in New Orleans' Mardi Gras parades and festivals in Spain. He is perhaps best known for his political caricatures and sculptures that focus on men and women who exemplify what he believes is the highest virtue: Courage. It is for this reason he accepted the commission of a work that recognizes Mabel Norris Reese; a woman of considerable courage, tenacity, fortitude... and persistence.

• LECTURE: THE BEATLES - ALL YOU NEED IS LOVE • 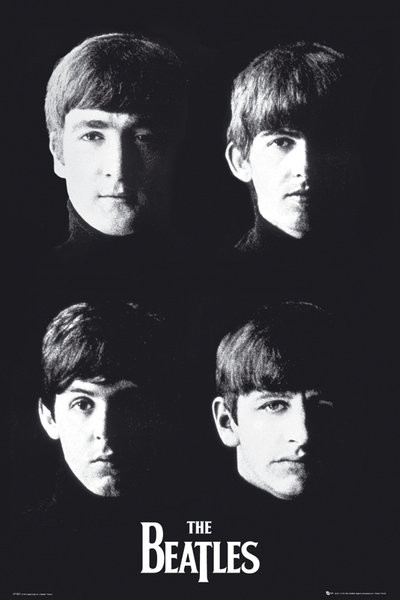 Although it’s been half a century since Beatlemania was born, generation after generation of fans continue to keep the Beatles on the top of nearly every musical poll. But how, in just a few years, did four musically untrained teenagers evolve into the most popular rock n’ roll group of all time? Presented by the First Presbyterian Church of Mount Dora, this free presentation features cultural historian Gary McKechnie who will connect the dots to reveal the magic and mystery behind the Beatles’ fame and lasting influence. From all-night shows in Hamburg bars to lunchtime sessions in a converted Liverpool warehouse to landmark performances on England’s Royal Variety Performance and America’s Ed Sullivan Show, once the Beatles hit their stride, they influenced the direction of music, fashion, film, youth… and the world. 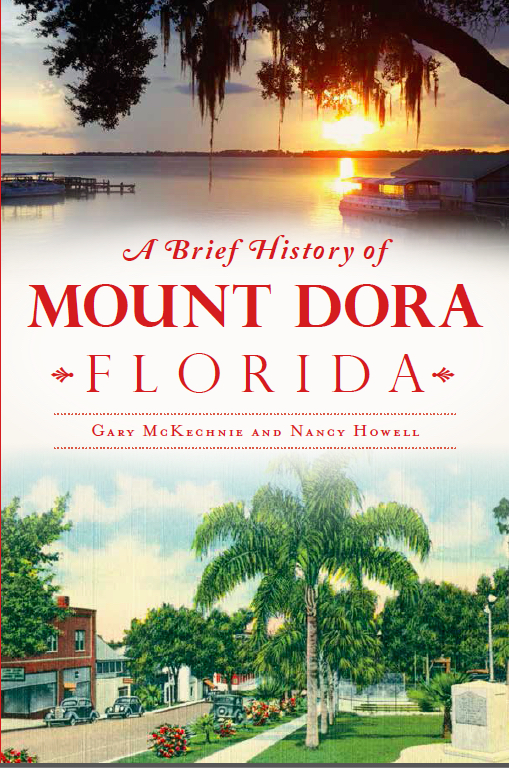 Why did J.P. Donnelly beat up an alligator? What deadly 'cat and mouse' game was played on Wolf Branch Road? What role did cows play in establishing Mount Dora as a place of calm and tranquility?

Learn the answers to these and other questions about Mount Dora's past as local historian Gary McKechnie presents tales from 'A Brief History of Mount Dora' (signed copies available), co-authored with his wife, Nancy Howell. Back by popular demand, in this entertaining and informative FREE presentation Gary will introduce a few new stories and some of the notable personalities that helped make Mount Dora what it is today.

Bringing live entertainment to Mount Dora has been the passion of the founders of Mount Dora Productions, who led the movement to renovate the historic Community Building. Through MDP as well as the Mount Dora Music Festival and Mount Dora Library Association, they have brought local and nationally recognized artists and celebrities to Mount Dora including Roger McGuinn, John Sebastian, Jack Jones, Melissa Manchester, the Lovin' Spoonful, the Association, Jefferson Starship, Suzy Boggus, Leon Redbone, Rita Coolidge and many more to fulfill their mission to enhance the city's social, economic, and artistic environment.